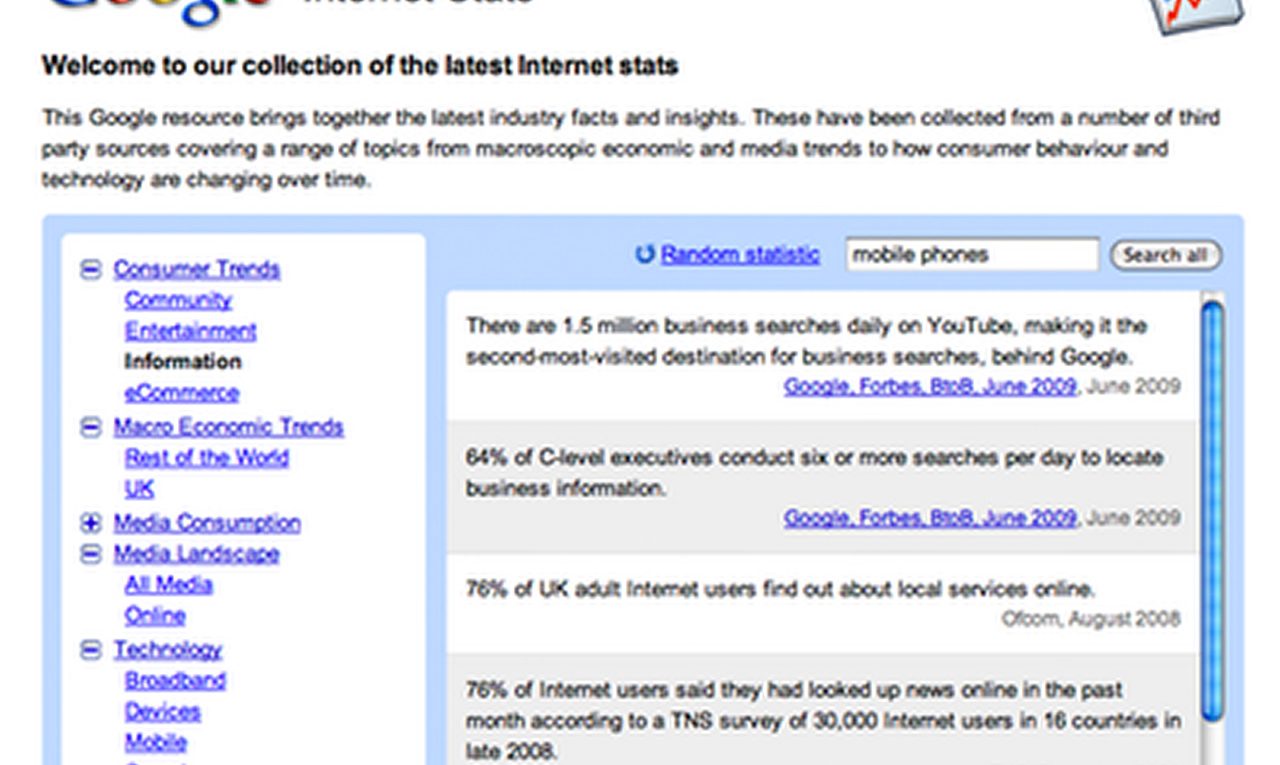 Is Google Internet Stats a peek at the near future of the Web?
Yes, Google Internet Stats has been live for quite some time, albeit only in the .co.uk domain. However, due to some recent discussions I had with people about the future of presenting information on the web I think it might be useful to have a look at this website anyway. Moreover, this seems to be a good moment to look at this, now attention for Google’s bigger new toy, Wave, is fading. This is because the way that this site is presenting the information might just be part of the next step in publishing, blogging or whatever it is you do on the web. 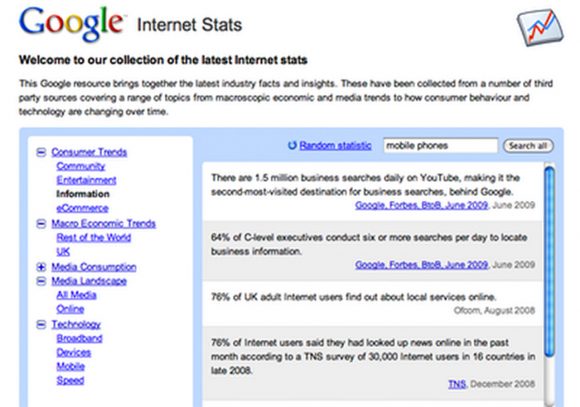 Short, easy to read snippets of information is the way that Google Internet stats tries to represent the latest research data on just about any topic. Yes, the site looks awfully simple and sometimes it’s just really a tiny bit of information, but at least it’s live. With corporations like TNS, GfK and Nielsen involved in this project it does not use the most obscure sources of data either.

These tiny bits of information are part of what I see as a trend in at least blogging; the miniaturization of source information. Meaning; giving basic news, data, information, or any of those things and moving from articles towards conversation. Tools like (microblog) Twitter facilitate this process. Yes, the information Google Internet Stats is often without backlink to the source, a bit too minimalistic for my taste. But we might find ourselves pretty soon in a world where newswebsites, blogs and any other site like that get’s replaced by basic feeds where the article is shaped by the readers in the discussion that follows…

This short article is loosely based on a longer article (in Dutch) that I’ve written for marketing blog Bijgepijkerd.