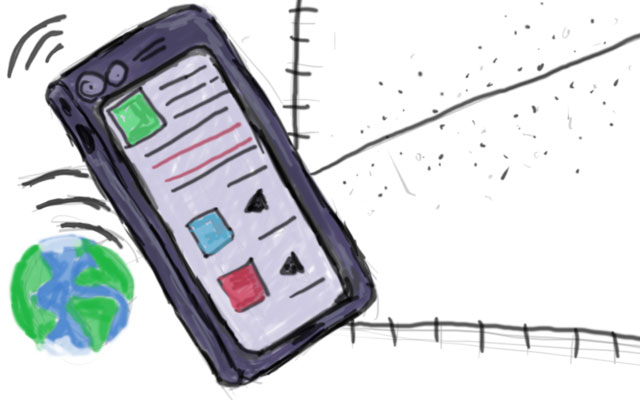 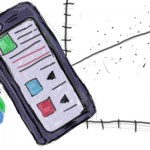 It seems like the holy grail of online Market Research, something that must be really great, but no one can fully grasp, yet. One we really get it, it might not be there any more though and of course I’m talking about ‘Mobile Research’. This doesn’t mean one shouldn’t pursue this way of doing research though, because implementing this way of doing research can partly change the way we’re doing online research as a whole. There are a few challenges when trying to set up something like this of course, but there is much to gain as well. In a time where we find it ever more difficult to find new respondents on the one hand and keep them on the other hand a serious involvement in mobile research might help quite a bit. Not in the last place because developing a mobile survey platform would finally solve some other issues we’re having as well.

Respondents and engagement, two ‘issues’ being constantly debated in the research community in the last few years. One of the topics at hand is if debating ‘respondents’ in the first place isn’t discouraging people to participate in surveys because it makes them feel alienated from the whole process. I would say this may actually be one of the least of our worries: engaging, good surveys, are far more important for those who offer us a little of their time to help us doing our research. Good and bad respondents might be another topic at hand, and though I agree with the statement that everyone who sincerely tries to fill in a survey is a ‘good’ respondent, one can think about how we ended up with ‘bad’ ones in the first place. Shipping in respondents by the tens of thousands through prize offers, bizarre partners and landing pages has never sounded like the best way to get honest survey-takers in. But we might do it anyway because we need more, more, more, for all the reasons you might be able to think of.

The need for mobile research

This is where the fun of mobile Research Comes in. Because when we look at what we actually offer respondents in surveys isn’t it quite often maybe a little long, maybe a little boring and yes: a ‘little’ confusing? Now, mobile phones are not really viewed as being ideal for long texts, to say the least so any application for them tends to naturally evolve in an application that offers information in a short efficient (often graphic) way. This would immediately solve our struggle with long surveys, if we don’t fall in the trap of clients that might want to offer just that little bit more for a survey we might see as ‘too long’.

Second of all, and yes this effect will probably fade, is the inflow of new (?) people willing to take a survey. (Or participate in any other type of research) Indeed, new initiatives seem promising on this part. You may have heard of Thumbspeak, a very interesting new company that has taken the step to focus on mobile research.

Of course we would have to see if this will stay like this, not in the last place because also 24% said that they have never (!) read a newspaper, which I personally find hard to believe. Nevertheless it seems that Thumbspeak is one of those new (with former Greenfield CEO Wiltse) companies that dares taking the step to mobile research.

A challenge will be to find clients. After all, the research industry is for, some logical and some more unclear, reasons quite traditional. And even with a wellknown CEO it is always hard to start something new. That’s probably why Thumbspeak only offers a limited set of surveys to start with now, while I suspect they would be willing to have a lot more. The fact that they’re not really filtering and directing their respondents yet to matching surveys as they hopefully will in the future can now be excused by the former fact, but has to change in the future. Nevertheless, this could perhaps one be of the most promising new concepts in the Research industry, just because they’re there and actually doing it, while others have just mentioned the possibility of mobile surveys. (Note that I’m not talking about ‘game changers’ here, everything nowadays seems to be a game changer, while hardly anything actually is.)

It will end, but why care?

In the end, the mobile web will fade, as we will not distinguish such a thing anymore by, say, 2020. The developments that will lead to the coming rise of the mobile web though, will shape the future of the entire web. If you’re asking me about what I think can really kickstart mobile research and make it valuable beyond mere ‘fun surveys’ and active respondents, check back here in a couple of days for a new article.