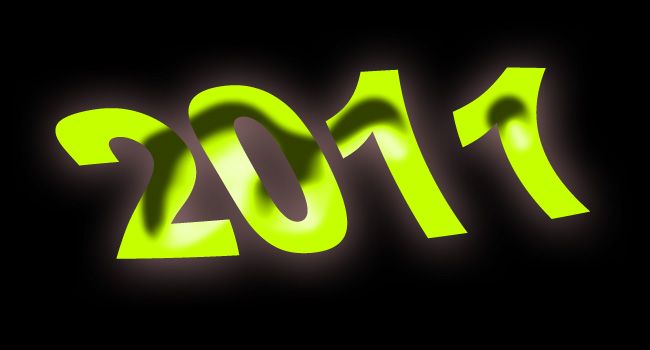 As you might know I have a column in the Dutch radio program “Echte Jannen”. With the start of a new year, I had to do some trend-watching of course, especially after covering the topics of last week in the New Year special (Dutch) the previous day. So here are a couple of things that I think will be important for the coming year, in the Dutch speaking part of the internet and beyond.

Of course a development like this is relative to other things, we won’t see less browser based content in absolute figures, but the relative number of apps and their influence will grow. Due to the rise of mobile the rise of apps will go on in the next year, not even counting games and the quite recent growth of the number of newspaper applications. Apps are an ideal way to be able to charge for content as well as to avoid browser compatibility issues.

Especially Android users will be familiar with advertisements for mobile, but developments will go further than that. Due to professionalization social media will become a normal part of the marketing mix, you can expect a big rise in new marketeers, who we will suddenly call ‘online marketeers’ as well. That’s not a bad thing per se, as long as you keep risks like too narrow a focus on specific online knowledge in mind.

Besides this, the professionalization will have an impact in the opposite direction for bigger companies. These will put even more budget aside for more daring online marketing actions. Guerilla or viral is not dead for online niches, but it’s the big multinationals that will fuel a continued growth here. This means there are chances for larger new media advertisement companies if you aim at small and medium businesses or, if you want to aim at the multinationals, for niche, daring, advertisement agencies.

Your complaints may not be any different from those you express at the water-cooler, we will see more Twittercodes at companies. A Twittercode in this sense is a social media code of conduct for employees, to restrict them in what they can say about, for example, their employer online. In the US we can see that restrictive codes are put to the test, and we might see companies abandoning (some) for common sense. In the Netherlands though, or Europe as a whole, we will see the first examples of Twittercodes for employees soon enough.

The data that is available online continues to grow, that’s no secret. Data will be more complex as well, especially if the linking of data becomes the semantic web. this could mean a golden age for journalists, visual artists or any other job position you can come up with in this area: if you know how it ‘works’ online, there are huge opportunities. We need people that can process the huge complex amount of data for us. Newspapers are struggling to keep their subscriptions up, but they might be fighting the wrong game if what they want to do is interpret information.

There will be real social mobile gaming, think World of Warcraft meets Farmville, on your mobile. The only remaining challenge is making this in usable concept, and we will soon see solutions that try to solve this question.

See also ‘Twittercode’ above. This might not be a real trend, but we will see the prosecution of yet another blogger, commenter or tweep due to something he or she has said online.