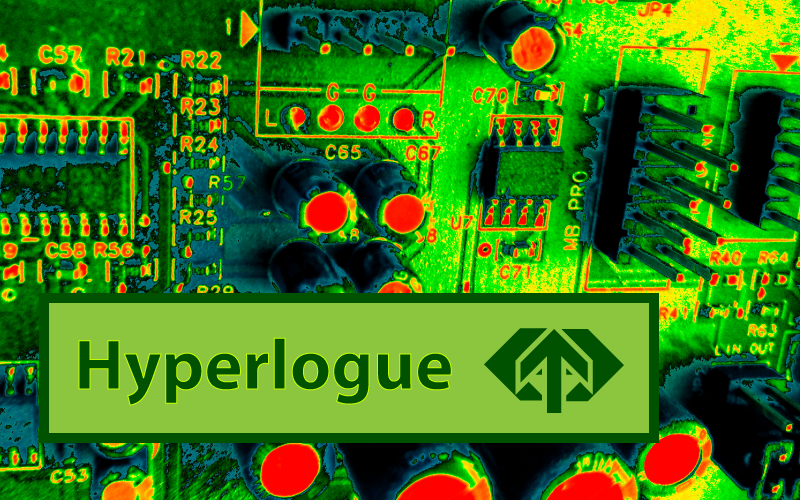 What it is that makes ‘Social Media’ so ‘social’ is a question that, by now, has been asked many times. This is a very important question, that even though it has been posed several times, hardly gets the attention it deserves. When people say they act in the realm of something like ‘Social Media’ it would be good to know that exactly is, so we can all be sure we’re talking about the same thing. If anything, we would like to know how it differentiates itself from some kind of apparently existing ‘non-social’ (or anti-social?) media. The answer to ‘What makes it different?’ starts with the beginning of the ‘World Wide Web’. In itself the WWW is something that is so omnipresent right now, that we rarely think about what it is, or just see it as an archaic word for ‘internet’. The WWW brought us: hypertext. With plain simple hypertext as it started and with social media as it is now we can start the ‘hyperlogue’. 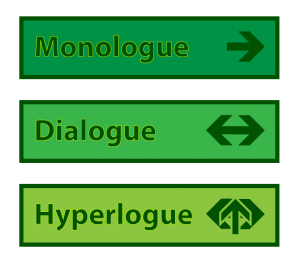 Discussing a ‘hyperlogue’ without explaining anything doesn’t seem much clearer than just talking about a new concept like ‘social media’ without any explanation. Besides that, we assumed that the ‘hyperloague’ is only part of the explanation of what ‘social media’ is. It should be clear that we could start from such a thing as a ‘monologue’ and think about a ‘dialogue’. This is the evolution of communication from unidirectional to bidirectional. (And it’s easy to think of a conversation, where more than two actors are involved in what is often taking turns in a complex form of bidirectional conversation.)

By now (2012) we no longer have to rely on textlinks alone: we can use embedded movies, widgets, comment-sections and other ways of utilizing ‘new media’ in our texts. (Or in other movies, etc. etc.) Instead or resorting to an abstracted way of communication, we can now enter the hyperlogue.

Perhaps even more important, the hyperlogue creates context, even without explicitly mentioning it. Blogs have been using this to their advantage almost since their inception. By placing links in an article, you can give a nice twist to an otherwise unambiguous piece of text without making sacrifices such as making longer paragraphs. You can use hypertext, the hyperlogue, to reinforce a sense of irony or making a hard sounding article a bit more lighthearted by adding just one link.

An example: Take the sentence ‘this bunny appreciation society would never use violence’, for example. In itself it could be irony, but it could be dead serious, by placing a link to a video where they’re storming a government building you could take away any doubt. (For those who understand you need to follow the link to appreciate the whole story.) You can probably think of a lot more variations to this, each varying in subtlety. In any case: it’s a good way to show that the author knows more about his subject than he is actually putting down in words: just by linking you can show additional content and give more, implicit, information about your own opinions, background, intentions and such.

All of this makes ‘the hyperlogue’ seem ever more complicated than our other forms of communication, but actually it makes it possible to add a lot of extra meaning to relatively short messages. Even more: it enables us to add several, easily accessible, layers of ‘meaning’ or it lets us have ‘readers’ who are more ‘in the know’ about our usual style of hyperlogue take a quick and info-rich journey through our mind.

This article is based on a Dutch article I wrote, the first version of which was published for socialmedia.nl