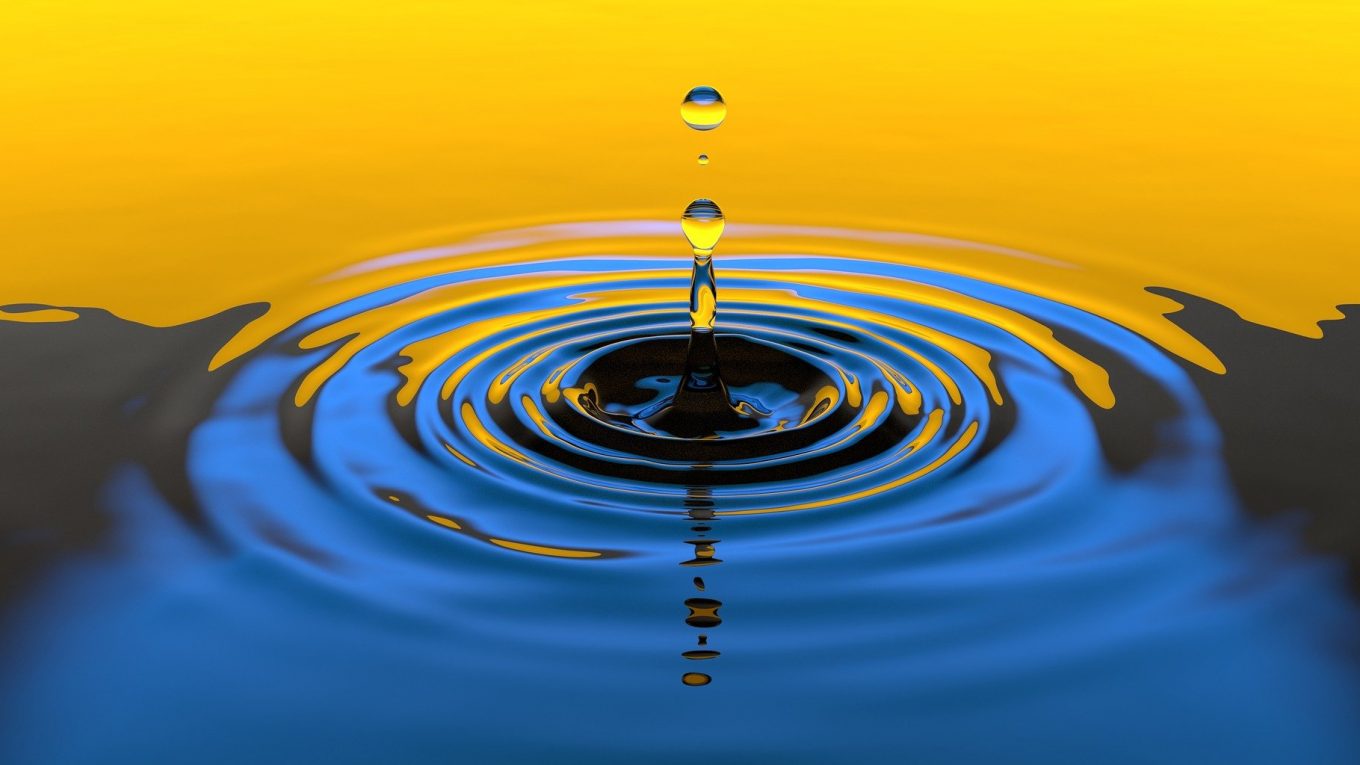 Something different, perhaps, than the usual article you’ll find about twitter. I may have a lot to add to any article that’s out there already, but as people have been publishing so many articles in the past two months or so it might be best to let it all just be for a n while.

There are a lot of excellent and less excellent articles out there about how you might use this microblogging tool to your advantage and I’m not going to add to that, for now. Instead I want to talk about a more basic thing and that is the structure underlying the whole tool.

Some time ago I was asked about what I thought was the new thing about twitter. Indeed even before I had joined I have been asking myself the same question. For those of you that know me it might not be a surprise that I thought of it as nothing new, all the elements making up this latest new thing were already present, weren’t they?

Indeed we’ve been chatting quite a lot already in the past ten, maybe twenty or more years or so. New ways of communicating have been introduced and this new tool is somewhat like and IRC chat, an old fashioned chatroom or maybe it’s more like an instant messenger as people keep a list of friends with whom they usually communicate.

And herein lies the “new” part, if you like. After giving the question about what I thought about this tool some thought I could not think of anything else than to respond that it was the broadcast model of the tool. There are friendlists, sure, but there are no chatrooms and if you don’t “lock” your stream of messages everyone, even your non-friends can see and search your tweets. Basically you’re broadcasting your messages, your thoughts to the outside world, and anyone can tune in. Some of these listeners might have chosen to tune in permanently, but in theory everyone can see what you’re broadcasting. This also allows everyone to respond to what you’re saying, and this is the “new” thing.

No longer are your messages confined to either a chatroom or the particular friend you’re talking to, but they are open and can be used by anyone, either to respond or to gather data about just about anything. (Including yourself, obviously!) This is the essence of the word microblog: through it’s open structure it truly acts like a blog: your messages may look like normal chats but they are open to comments, linking and indexing. (Thus providing both an argument against and for locking your account.)

This linking is further extended through a now common practice of repeating some of your tweets. Friends will repeat any messages they find interesting, thus further extending the reach of your messages. (Yes, this is what you’d call “retweeting”.) You might ask; “but you’ve just mentioned that anyone can access “any” message already?”, and indeed this is true, but as searching through them usually only happens when someone is interested in a specific topic, ‘now’, people usually only read the messages they get from friends; from people they follow. Your followers offer a fast track to spread your messages as when they repeat your message themselves they make it directly available to their friends. (Of which you might share a couple, so they will see it twice, yes.)

To structure my thoughts about this I sent an image of how I thought this would best be explained. I know this is not consistent with normal ways of displaying information flows, and it actually doesn’t really show that flow very well, but I think it shows really well the thought behind the whole process. 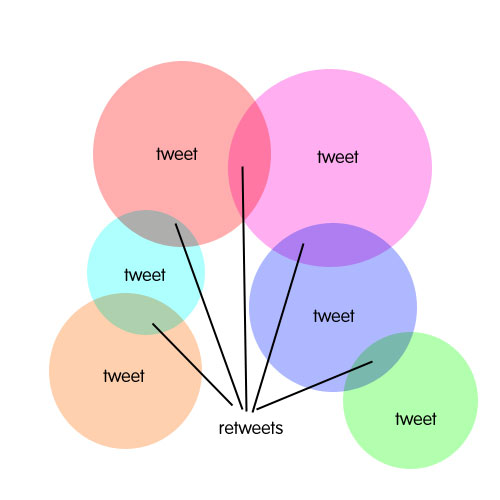 Like ripples in water your message will spread, sometimes amplified again when someone chooses to repeat it.

This way of representing a sort of sphere of influence that a person or a group has, with people being in multiple groups, thus adding the means of spreading is not entirely new, obviously. And one might even assert that once beyond your own sphere your messages loses part of it’s meaning. Only the meaning readily present in it’s 140 characters is kept and all context is, or might be, lost. Your message holds a particular complex meaning in your sphere, your world, and to others, when repeated, it only holds the ‘face’ value, that what is readily present in the message.

The message might be even reduced to a binary meaning, something is true or not, takes place or not and that meaning is then transmitted throughout the twittersphere. You own direct sphere of influence, on the other hand, is influenced by exactly such messages from beyond it. This of course is particular true for the most narrow sphere; you yourself. Maybe this is the underlying force that drives people to say that Twitter is feeding on itself and hype seems rule rather than exception. This may be true for any type of mass media, but the quick flow and short messages of Twitter are amplifying this in a way that it becomes really visible to even the most ignorant of us. This is not to say this is either good or bad, but it is something we might want to consider nonetheless. (And rest assure, I think we unconsciously do, the question may be: to what extend to we keep this in mind when dealing with (new) media.)