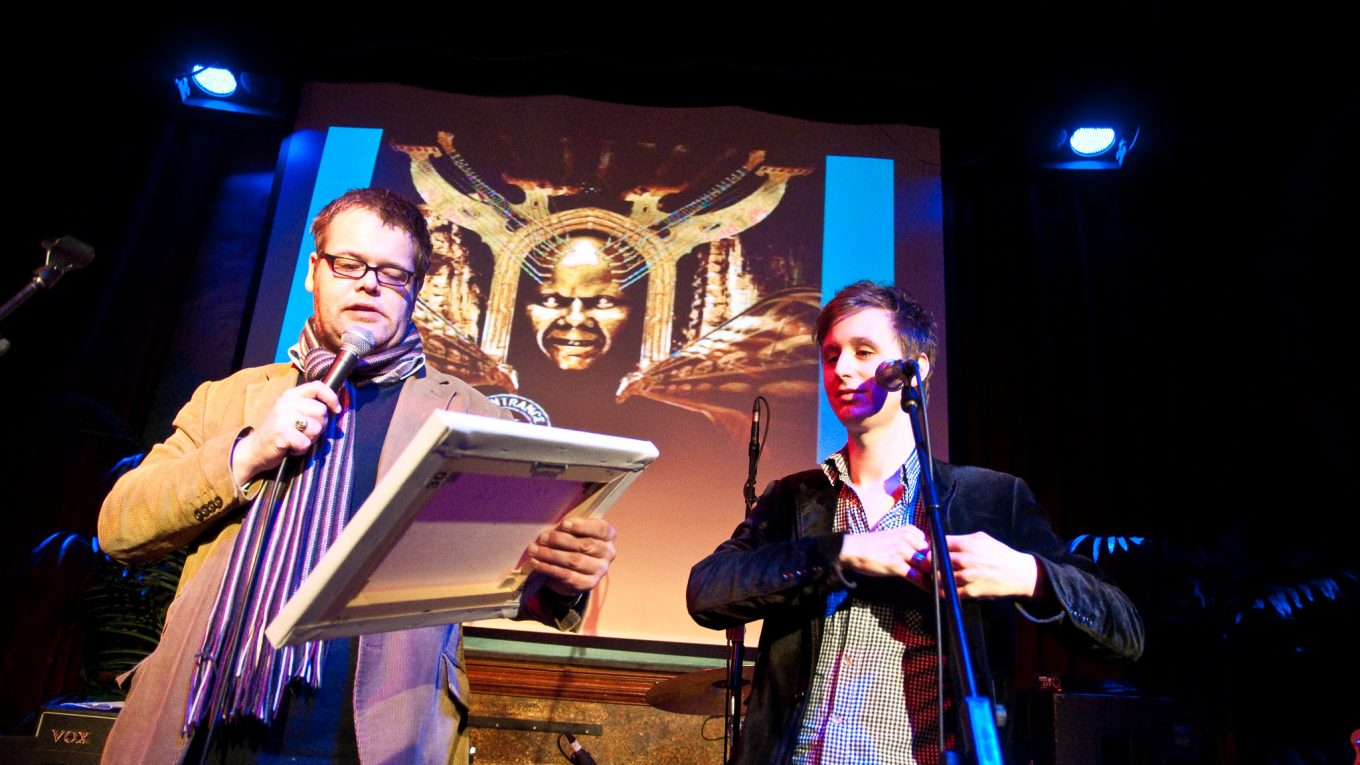 It is often said that the key to ‘how social media works’, or at least how you can gain inlfuence as an actor in social media is staying honest and true to what you believe as a person. (ie: don’t try to operate as a typical company) Although one can certainly make arguments against that, I do support the notion that an open and honest approach is appreciated by many. This is true in real life, but even more so online, where hiding ones true intentions can be a lot easier.

Thus, when it became apparent that the Dutch ’twitterer of the year’ election was set up by a advertisement agency people began to criticise they way this was set up. Of course it didn’t take long before freelance journalist Bert Brussen announced on twitter that he would take care of organising something more fun. What followed is an example of a typical social media effort.

This is how Twittershizzle got born; an effort to do something fun for twitterers (or ’tweeps’) that was more than just meeting up for some drinks. You could call it crowdsourcing, but maybe that doesn’t do justice to how these kind of things usually work. With Bert’s following on twitter he quickly gained attention and a buzz of enthusiasm was spreading through the Dutch twittersphere. With friends and colleagues from the Dutch weblog deJaap Bas Paternotte and Levi Boitelle agreeing to help the event was taking shape.

As part of the deJaap editorial board I was happy to do my share in making this event a success. It wasn’t a complete smooth ride, but we all know our fair share of how things work online, so in the end we got it together. Staying true to what we thought would be fun to do, not thinking too much about marketing practices we managed to get it done; #Twittershizzle the Twitter event was born and would take place on the 9th of February.

Word about this event spread quickly, and set up as a free event with artists and musicians participating for next to nothing it became quite something. There was a stream from ‘Ted’, there were paintcartoons, there were writers, there was beer and there was more beer and sigarettes. 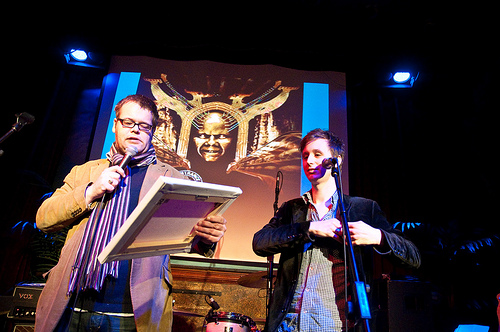 I’ve been setting up meetings for more than 10 years now, from get-togethers in the local pub to lectures, but this was something unique indeed. A nice 300 active twitterers from all kinds of sub groups in the Dutch sphere showed up, along with newscrews from papers, radio and television, trying to see what this could possible be.

Let me be clear, there is nothing wrong with organizing something and making a profit out of it. But especially online people want to participate, not just be bothered with offers or things that they should really buy in to. Or as Bert Brussen puts it:

beware of stains on your purple pants

Personally this all is what I love the most about the internet. You get together with long-time online friends, strangers and everyone in between, while others are still trying to grasp what this is really about. Yes, “the internet really is my thing” and I love every second of it. What’s next? I can say a new Twittershizzle, and plans for international versions of this type of event are uttered, so we’ll see where we stand, tomorrow, next month, next year. And never forget that it’s you, it’s me, it’s us all together making fabulous things happen again and again, sometimes failing miserably, but always creating something beautiful. I hope this will come across on television as bright as I feel it now.

Of course most of the postings about Twittershizzle are in Dutch, but you can search by Hashtag if you’d like and pictures can be found here or here. A nice linkdump with even more and some (Dutch spoken) videos is here on Mark Hulstein’s blog.