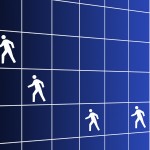 On Research-Live Annelies Verhaeghe of InSites Consulting is explaining some of the difficulties that come with doing ‘social media research’. First and foremost notion is that when you’re entering such a new territory is to ask yourself certain questions, the first one being ‘what is really new about this?’. It is important to note that there are actually a lot of similarities to traditional research in this case.

As Verhaeghe points out, one of the key differences is the new unit of analysis. When you’re doing this type of research, I’ve often pointed to the idea that similarities with qualitative research will turn up in what is traditionally seen as a quantitative type of research. When doing social media research, ‘netnography’, will change the units of your analysis to conversations. This exactly the point I’ve made before: doing research on the web will focus on the conversations that people have. You can have a quick look about what I’ve said by having a glance at the slideshow here.

Another important notion is that one of the things that will remain the same is the fact that you have to make decisions about which units you’re analyzing. In everyday research we could call this sampling, and in social media research we can see the same need for sampling. Working at a sampling company I’ve stressed this point before; the fact that the population is online now doesn’t change the need to get a decent sample. Yes, one can just grab from the population in order to illustrate other research and enrich it with examples, but real research will require some sort of sampling just the same.

I would like to add another point to all this, which I’ve already mention in the post I linked here previously:

We have to set up Research and show it is not only possible, but that it works. Do not wait for demand, be the unique company that can supply this extra knowledge.

I truly believe this is necessary; otherwise you could end up with a decent idea that just doesn’t get used. As commenter Michael points out here, with already tight budgets, even a forward thinking manager would want to know what he’s going to spend his budget on.