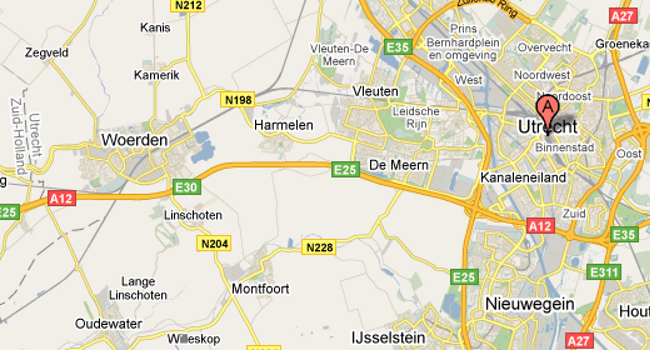 With the new year just started, we can see that many predictions involve location based services, again. After my last post about visualizations I got some mails and other messages, asking what location based services could mean for the future. Most questions referred to which services were actually out there, so to start for 2011 let´s have a quick look at the playing field as it is today. Here is a quick description of the most important services in the, ever changing, field today.

Google’s service has been around for quite some time already, basically a web application that lets you share your current location with friends. Google quickly introduced a badge to make your location visible to others beyond your usual friends as well, for example by putting it on your blog. While the service works great, I’ve never been really enthusiastic about it, because somehow it feels too unintuitive in its use. Sharing your location is done somewhat on in the background of your current activities, which does make sense in theory but makes you feel disconnected from the service in practice. With the recent introduction of dedicated mobile application Google could get it right this time, if they’re using their muscle to introduce new and better deals than their competitors.

Yelp is originally a review service, that added location based features later on to provide extra credibility to reviews people would put up. As such is it perhaps a location based mashup avant la lettre, even though the process with them was the other way around. While others are just coming up with extra services besides just providing location information just now, or are relying more on third parties, Yelp even offered Augmented Reality features quite early on. A weak spot for Yelp could be that they’re not that well known outside the Unites States. Their site is still quite US focused and the service is only fully available in just a few other countries anyway. On the other hand, their hardly seems to be any competition anyway for review-integrated location services, so you might say the rest of the world is still within close reach for Yelp

Being originally very US focused it is of no surprise that Facebook has started its Places service in just a limited part of our globe. Along with Google Latitude, Places seems to bet on integration with it’s host service, in this case Facebook, though they do offer a separate (iPhone) app and a dedicated Places page that makes it more intuitive to use. With Facebook’s influence spreading more and more, one can only assume that Places will have a bright future. It being part of the larges social network will give Places an advantage in offering deals, both in the partners involved as well as in offering potential rewards to be used within Facebook itself.

Foursquare are they guys to beat in the game, while not having as many users as either Google of Facebook as a whole, they are the leading company in the location based game. Although they offer the possibility to shops and companies to offer their customers deals when checking in to a location, my personal feeling is that this won’t be enough. Foursquare and it’s competitors will have to more actively pursue deals or other services that they can offer their users. And unlike Google or Facebook, Foursquare is a separate service which would need to add extra use for sharing your location besides earning badges if they want to go really mainstream.

Gowalla is the runner up, or are they..? While having less users than Foursquare, Gowalla users are said to be more involved and as for a setup of the service they offer a more solid looking interface. They recently struck a deal with Disney showing that they’re willing to actively pursue new offers for their users. Just like Facebook and Foursquare (‘4SQ’) they’re still quite US focused, despite offering their basic service, like 4SQ, basically just everywhere.

SCVNGR might not be that well known, not even in their ‘homeland’ the US. They do have quite a lot of support from a variety of different organizations, making this a very interesting service to watch in the future indeed.  Slowly but surely expanding their userbase abroad, SCVNGR is especially interesting because they are interesting for they other side of location based services: the venues.

Besides aiming for basic customer loyalty they offer business owners the opportunity to set up challenges for their visitors. Interesting is the additional fact that they offer anyone the opportunity to set up tracks, where you can earn points by following clues and directions from location to location, possibly accompanied by separate challenges.

Out of the game: Brightkite

Brightkite was in on the game quite early on and now they’re out of it again just at what seems to be the real start for location based services. Instead Brightkite is now aiming for grouptext functionalities as their core business. In an interesting move, the founders of the service that might have started it all are now pursueing a new location based offer, Forkly, offering location services around restaurants etcetera.